*”I have been suffering with M.E. for about four years now and throughout that time I have had a severe sleeping problem i.e. I couldn’t get to sleep when I wanted to. The only way I found I could sleep was by resorting to alcohol. This was fine at first just a nip at bedtime but of course one nip led to two etc. Obviously this wasn’t the answer and I was feeling just as ill from the effects of ‘the drink’ as the effects of the M.E.

My GP was unable to help with my sleep problem or any other problems and would not prescribe sleeping pills, (the only thing that actually worked) except for a one-off four week period. It was during this four week period of taking sleeping pills that I realized how important sleep was to my healing process. I had actually felt closer to being a normal human being in that four weeks than anytime in the last four years.

I felt desperate and left to struggle along alone until my Partner spotted an article in the local newspaper about hypnotherapy. I decided to try it and to my absolute amazement it has worked. I am now experiencing better sleep than I have since I became ill and consequently I feel better throughout the day.

Nothing else has helped in the whole time I have been ill and I am really grateful for it. Also I feel I have gained in confidence since my sessions. It has only been a few weeks but I have already found the confidence to go back to the workplace – I no longer feel daunted by the prospect.” 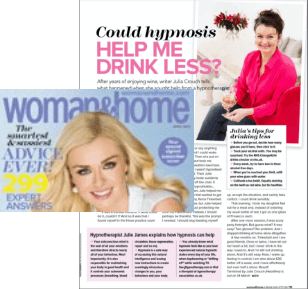